Daphne Koller is the CEO and Founder of insitro.

Daphne was the Rajeev Motwani Professor of Computer Science at Stanford University, where she served on the faculty for 18 years. She was the co-founder, co-CEO and President of Coursera for 5 years, and the Chief Computing Officer of Calico, an Alphabet company in the healthcare space. She is the author of over 200 refereed publications appearing in venues such as Science, Cell, and Nature Genetics, and has an h-index of 130. Daphne was one of TIME Magazine’s 100 most influential people and is a MacArthur Fellow, a member of the National Academy of Engineering, and a Fellow of the American Academy of Arts and Sciences and the International Society of Computational Biology.

In her spare time, Daphne enjoys spending time with her family, especially while traveling to exotic destinations (62 countries so far and counting), where they enjoy hiking, sailing, scuba diving, and eating fresh local food.

All Departments, Data Science and Machine Learning, Finance and Operations, 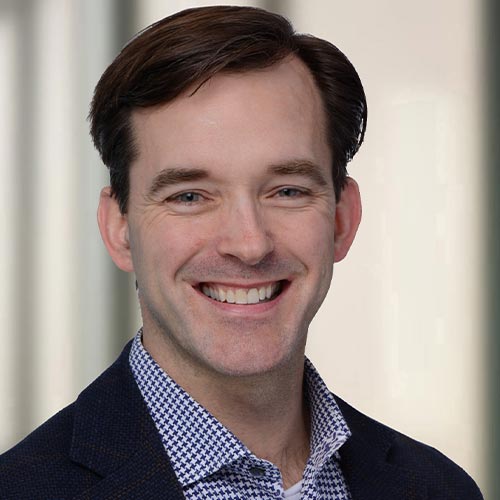 Prior to joining CPP Investments in 2009, Paul was a Senior Vice President at Barclays Capital and Lehman Brothers in New York, leading the Health Care Desk-Based Analytics team for trading in public equities and equity derivatives. Previously, Paul held a series of positions in financial services, private start-up ventures, and strategy consulting. 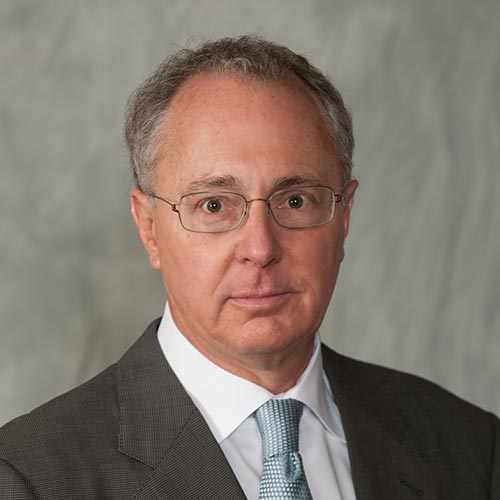 Roger Perlmutter, M.D., Ph.D., is President, Chief Executive Officer, and Chairman of Eikon Therapeutics, Inc., a private biotechnology company that employs advanced imaging technologies to identify novel therapeutic candidates by virtue of their effects on protein dynamics in living cells. A highly accomplished industry as well as academic leader with over 35 years of experience, Dr. Perlmutter was previously Executive Vice President, Merck & Co., and President of Merck Research Laboratories where he supervised the discovery and development of numerous lifesaving medicines including KEYTRUDA™ , Merck’s foundational immuno-oncology therapeutic, which continues to transform cancer care throughout the world. Before this, Dr. Perlmutter spent 12 years as Executive Vice President and head of R&D at Amgen, Inc., where he is credited with having revolutionized the development of important biopharmaceuticals for the treatment of osteoporosis and cancer-related bone disease, and for the reduction of hypercholesterolemia-related cardiovascular risk.

Prior to assuming leadership roles in industry, Dr. Perlmutter was a professor in the Departments of Immunology, Biochemistry and Medicine at the University of Washington, Seattle, and also served as Chairman of its Department of Immunology, where he was at the same time an investigator of the Howard Hughes Medical Institute. His research focused on understanding the signaling pathways that control lymphocyte activation. Prior to his role at the University of Washington, he was a lecturer in the Division of Biology at the California Institute of Technology, Pasadena. 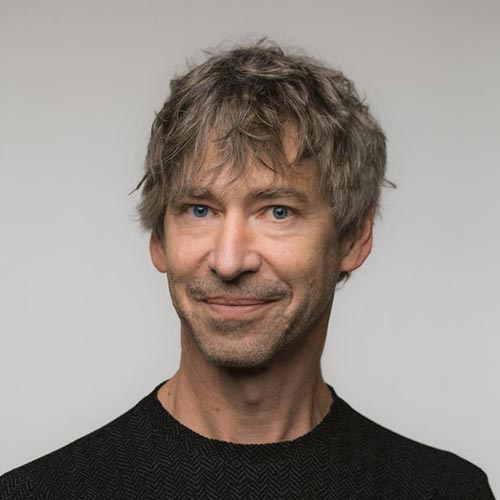 Robert is a director of Vir Bio, GRAIL, Juno Therapeutics, Unity Biotechnology, Denali Therapeutics, Arivale, Syros Pharmaceuticals, and serves as Chairman of Hua Medicine, among others. He previously served as a Trustee of the Fred Hutchinson Cancer Research Institute, the Institute for Systems Biology, and was a director of the National Venture Capital Association. Mr. Nelsen holds an M.B.A. from the University of Chicago and a B.S. from the University of Puget Sound with majors in Economics and Biology. 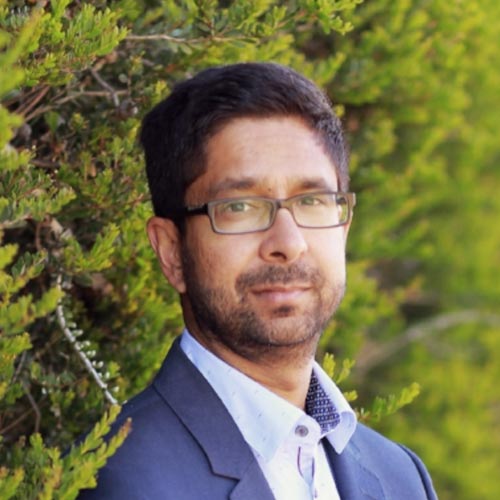 Vijay Pande, PhD, is a general partner at Andreessen Horowitz, as well as an Adjunct Professor of Bioengineering at Stanford University, where he continues to advise the Pande Lab — focused on tackling challenging problems in chemical biology, biophysics, and biomedicine. As the founding investor on the a16z bio fund, Pande leads the firm’s investments in, and guides startups at, the cross section of biology and computer science, including applications in computation, machine learning, and artificial intelligence to healthcare; digital therapeutics; diagnostics; and novel transformative scientific advances applied to industry more broadly, taking bio beyond healthcare. His work leading the thinking in this emerging space has also appeared in op-eds for the New York Times, Scientific American, Forbes, and other media.

Previously, Vijay was the Henry Dreyfus Professor of Chemistry and Professor of Structural Biology and of Computer Science at Stanford University. He led a team of researchers pioneering computational methods and their application to medicine and biology, resulting in over 200 publications, two patents, and two novel drug treatments. Concurrently, he was the director of the Biophysics program at Stanford, where he led a team of more than 50 Stanford faculty members and propelled the program to the top in the country.

As a PhD entrepreneur, Vijay founded the Folding@Home Distributed Computing Project for disease research, pushing the boundaries of developing and applying computer science techniques (such as distributed systems, machine learning, and exotic computer architectures) into biology and medicine — in both fundamental research as well as the development of new therapeutics. During his time at Stanford, Vijay also co-founded Globavir Biosciences, where he translated his research advances into a successful startup, discovering cures for Dengue Fever and Ebola.

Vijay received a BA in Physics from Princeton University and a PhD in Physics from MIT. He was awarded the DeLano Prize in Computation, Guinness World Record for Folding@Home, and American Chemical Society Thomas Kuhn Paradigm Shift Award, and was also selected for MIT TR10. In his teens, Vijay was the first employee at video game startup Naughty Dog Software, maker of Crash Bandicoot. 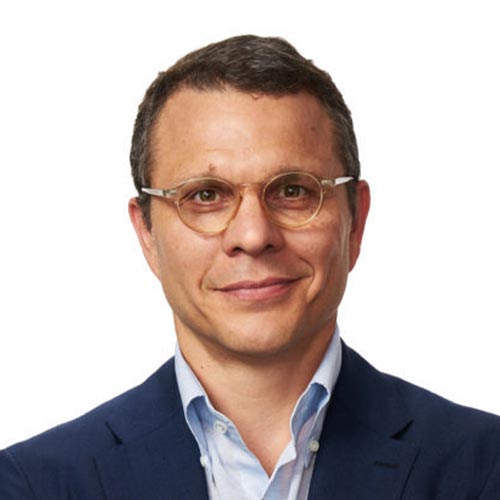 Prior to founding Casdin Capital, Eli was a Vice President and Analyst at Alliance Bernstein and a member of its “thematic” based investment group, responsible for researching and investing in the implications of new technologies for the life science and healthcare sectors. Eli’s early experience includes time at Bear Stearns and at Cooper Hill Partners, one of the earliest biotechnology focused investment firms. 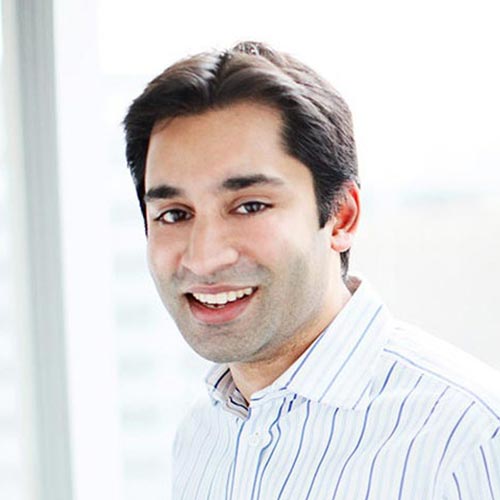 Dr. Krishna Yeshwant is a physician, programmer, and entrepreneur who has been working with GV since its inception. He first joined Google as part of the New Business Development team.

Krishna has a B.S. in computer science from Stanford University. He also earned an M.D. from Harvard Medical School, an MBA from Harvard Business School, and completed his residency at Brigham and Women’s Hospital in Boston, Massachusetts where he continues to practice. 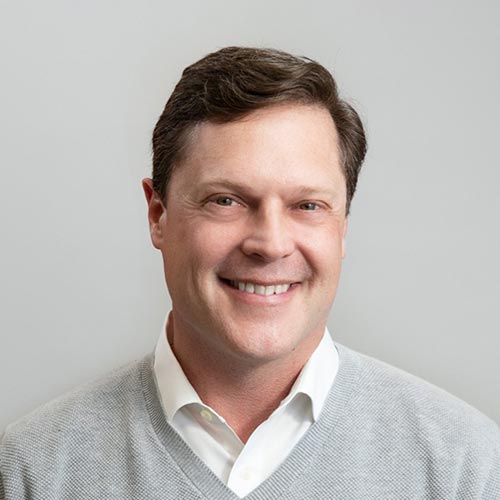 At Third Rock, Reid brings over 20 years of operating experience in the biotechnology industry to focus on the formation, development and strategy of our portfolio companies. Reid was a member of the founding scientific team at Incyte in 2002, and most recently served as the company’s executive vice president and chief scientific officer. Prior to Incyte, Reid held positions of increasing responsibility at Dupont Pharmaceuticals and Bristol-Myers Squibb. 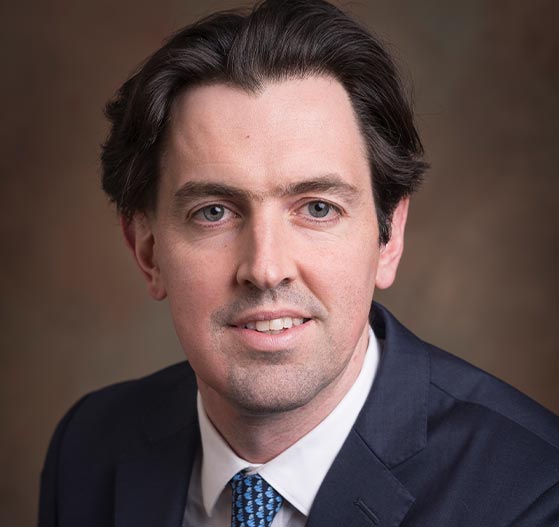 Ziad Bakri is a portfolio manager and Vice President at T. Rowe Price, which he joined in 2011. Ziad is the sector leader of T. Rowe’s Health Care research team and manager of the $22 billion T. Rowe Price Health Sciences Strategy, investing broadly in public and private companies across all healthcare subsectors. Ziad received his medical degree from the University of Nottingham in 2003, and was an E.R. resident in London before joining Cowen and Company in New York as a biotechnology analyst in 2006. Ziad earned his undergraduate Bachelor of medical sciences degree (First class honors) from the University of Nottingham, UK, and holds the CFA designation.